The Five Highest Risk Cities For CRE Investment In 2023 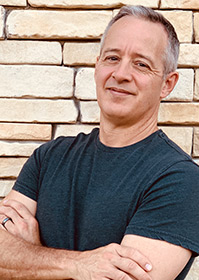 MyEListings' markets and economics editor and creates content about global macro events and their impact on US commercial real estate.

At its heart, the idea of risk seems fairly simple to most people. We understand the concept intuitively as the likelihood of loss, yet quantifying and comparing one risk to another can befuddle even the most ardent numbers aficionado.

Risk Does Not Fit Neatly Into A Box For Observation

The truth about risk is that evaluating it is as qualitative as quantitative because not all risks lend themselves so easily to being weighed, measured, and compared to others. Some risks lie dormant and unacknowledged, perceived if noticed at all, as tantamount to impossible.

These are the so-called ‘Black Swans’ - prospective events with low probability, but high impact, if and when they come to bear. Such events comprise the set of things that can upend the party. These are notoriously difficult to pin down, and thus to insure against or predict. Some of the largest impact events in history were completely unanticipated.

Other risks, such as defaults, bankruptcies, and recessions, occur with greater regularity. These are more easily predicted and their impacts quantified.

But there are also risks that partake of both sets of characteristics. These risks derive from the complexity underlying the systems in which they exist. Complexity, not unlike quantum mechanics, doesn’t behave normally. Butterfly effects can take place in the real world far more often than we might predict with the blunt tools we have for the task.

For example, if we were to attempt to quantify and calculate the risk of a one-day selloff of more than 20% in the S&P 500, we’d find that it should occur very infrequently; roughly once in every 2 x 10^76 years. If we actually count how often it has happened, we find that it’s about once every 25 years. That is enough of a difference to render the first calculation completely meaningless.

These differences between prediction and actuality occur because we humans are often blinded by our unseen assumptions; in this case, the assumption that outcomes are distributed normally, i.e. shaped like a bell curve. In complex systems, where certain conditions are met, outcome distributions resemble more of a power law, where key concepts we assume will remain constant, such as ‘average,’ or arithmetic mean can simply become meaningless.

This brings us to our topic at hand: how to better account for risks inherent in CRE investing, by looking at geography, and other structural indicators in addition to financial metrics. The following are the US cities with over 100,000 population with what is in our opinion the greatest risk of near-term loss in CRE investing. 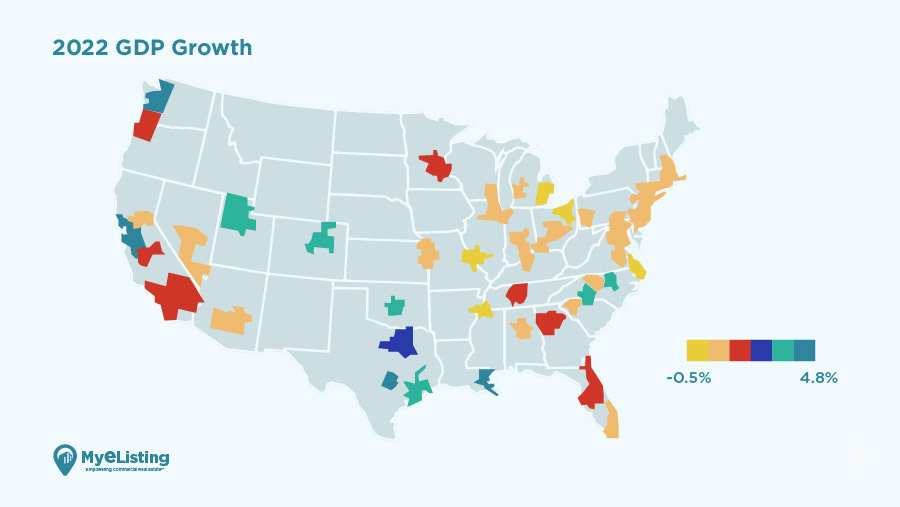 From a demographic perspective, each of the listed cities is losing population, has a high share of the United States GDP, and has a relatively cumbersome tax structure. What New York has that does not necessarily translate into the numbers themselves is its primacy as the world’s financial and institutional center. No other city on earth has its cache, and those that are in its league are losing theirs, e.g. Hong Kong, London. The risk for New York lies in the ease with which people can vacate it and remain productive. The fact the NY state government is acting to secure residents’ official status so they have to pay taxes to it is not a good look, and as people decide to leave, businesses follow. New York City’s taxes are among the highest in the country at 9.25% sales tax, up to 14.78% income tax (atop federal income tax), and a 6.75% business tax. Job growth has stagnated along with population growth, while violent crime has spiked and the state lost 5200 private businesses in the last two years. The climate does New York no favors, either. As the population disperses, high taxes and costs can act like leverage, hastening negative outcomes.

relocate operations away from the state, and others are likely to follow suit, likely relegating Chicago to the worst places to do business in the country, once again.

California has the economic deck stacked against it; if it were a country, it would be the fifth largest economy on earth. But it isn’t a country, and thus can’t issue its own currency. Instead, it must overcome its geographic challenges by issuing debt it can’t print its way out of. Those geographic challenges include being at the western extremity of the US, and thus finding it cheaper to import certain goods from Asia or Alaska than overland from the eastern US. This distribution challenge means higher costs. The state’s left-of-center political bent tends to make it a popular place when things are hopping, but the opposite when they start to ebb. And they’re starting to ebb. Los Angeles lost population during the pandemic for the first time in recent memory, and lost foreign in-migration as well. High taxes, an epidemic of drug use and homelessness, their resultant high crime rates, and the growing lure of lower-tax, more-bang-for-the-buck relocation alternatives supply a path of least resistance that leads east. Where people have a strong incentive to relocate, the businesses that employ and serve them have incentives to follow them in many cases.

Having ranked number eleven out of US cities for GDP growth in 2022, Portland appears a more acute risk than a larger metro like LA. Cities that grow quickly (LA ranked 15th) create systemic risks as their growth outstrips their ability to back and fill resource deficiencies they thus create; this implies a greater downside when things turn. The common thread in each city mentioned here lies in the propensity to lose population, businesses, jobs, and value as the economy shifts to digest the inputs of the recent past. This also illustrates why cities like Orlando, which ranked 10th in GDP growth in the US in 2022, didn’t make this list; they are where people are moving from New York, LA, and Portland. In addition, commercial real estate prices off of a series of discounted cash flows. If interest rates, and thus cap rates, are rising, this implies declining property valuations, but we have not seen them materialize at any real scale - yet. When, not if we do, risk is greatest where backstops are most mobile.

The top GDP growth city in 2022 is also the riskiest place to purchase CRE in 2023. San Francisco produced twice the GDP growth rate as Orlando in 2022 - 4.8% vs 2.4%. San Francisco has all problems of the other cities on this list, just more acute due to its peninsular geography and political oddity. San Francisco has profited handsomely from its proximity to San Jose and Silicon Valley for an extended time, but circumstances have arisen which could relocate if not decentralize its effects. First, companies have a strong incentive to relocate as their customers and employees do. Twitter has announced it is moving to Austin, and employees heading east do so having earned nearly three times the average salary for the country. This creates an enormous pressure differential between staying and leaving, and it is exacerbated by the exorbitant taxes, anti-business politics, and drug/homeless/sanitation issues the city exhibits. Alphabet announced twelve-thousand layoffs just today. And there will surely be more to come. The moral of the story: if you’re looking to catch a falling knife, you minimize risk by making the grab as close to the ground as possible. CRE is a long-term proposition, but long terms are a series of short terms. If we get the short terms right, more of the time, the long runs take care of themselves.

Other articles in Insight

Where Are The Lowest-Risk Cities To Invest In Commercial Real Estate in 2023?

Where are the most advantageous places to buy CRE in 2023?...

The Most and Least Prosperous Cities in America in 2023

When funds close the exits and economic models shift, things can get a bit dicey...

Phones that work the way you do
Environmental Studies

Get an Environmental Site Survey!
SE0/SEM

Following a 23 year career in finance, Brian embarked on a mission to illuminate the background, cross currents and permutations that sit at the intersection of finance and commercial real estate.

Thankfully, he has much more colorful hobbies and interests in his personal life, including water sports, creating music and until the recent birth of his fourth son, travel.

He lives a petless existence in florida with his wife and two boys. Helpful tips and suggestions can be emailed to him at the link below.