What are Co-Tenancy Clauses and Are They Bad for Retail Space Agreements?

Retail shopping centers and malls operate on a simple business model: They first attract “anchor” tenants that provide the majority of traffic and then rent remaining space to smaller “satellite” businesses. The logic of this arrangement is that the anchor tenants form the backbone of the retail space ecosystem, and all businesses can mutually benefit from the traffic they draw.

However, the nature of this arrangement means that if one of several of the anchor tenants leaves, traffic can diminish significantly for the remaining businesses. This can result in a kind of "spiral" where more and more tenants leave because of lack of traffic, and thus revenue drastically. Tenants in commercial space understandably want to protect their finances. To that end, co-tenancy clauses are becoming more standard in commercial lease agreements.

A co-tenancy clause is a provision in a commercial lease agreement that provides some relief to tenants in the event that a certain number of tenants leave the retail space. A co-tenancy clause serves as a kind of hedge against an ecosystem breakdown and any accompanying loss of revenue.

Here is a simple example of how this works in the context of a mall. Most malls arrange themselves around specific “anchor” tenants like Macy’s or Nordstrom with smaller businesses around them. If any of these tenants leave, revenue at other retail locations could consequently fall. So, tenants might try to include a co-tenancy clause that lets them pay less for retail space if tenant occupancy falls.

Landlords typically dislike co-tenancy clauses because they cannot be responsible for the behavior of other tenants. So, if you have commercial space for lease in Buffalo, NY, it's important to know the specifics about how these kinds of lease provisions work.

Co-tenancy clauses are often dense bits of legal jargon and have a lot of stipulations and conditions. But the majority share three core parts that make up the legal agreement.

Keep in mind that different lease agreements might define a threshold differently. A clause might define the threshold in terms of total rentable square footage rather than total tenant occupancy.

Relief: The relief portion of the clause specifies what kind of relief the tenant is entitled to if the tenant threshold is breached. In practice, relief usually amounts to lower rent payments. However, some relief clauses might also provide the right to terminate the lease if the threshold remains breached for a specified time.

Cure period: Co-tenancy clauses may or may not include a cure period. A cure period is a timeframe that the property owners can rent space to bring the tenant occupancy back over the threshold. So even if occupancy falls below the limit, the clause can give the owner a chance to fix things before the tenant can invoke the clause.

Co-tenancy clauses give tenants more leverage, so it’s natural that landlords consider them an additional risk. Co-tenancy clauses may increase the severity of a retail spiral. As tenants pull out of the retail space, more tenants might invoke the clause, further compounding potential losses in rental income. As such, commercial landlords will include common conditions to reduce risk and carefully outline when tenants can invoke co-tenancy clauses.

One common strategy is to include a force majeure clause. Such a clause can relieve one party of their contractual obligations in the event that there is an unforeseen disruption to normal tenancy. Another common condition on the clause is that the tenant cannot be in default on their lease if they plan to invoke the clause.

Other general strategies include providing adequate time for the landlord to fill any vacancies on the lease or restrict tenants to just one form of relief rather than multiple forms of relief. A final strategy is to limit the relief period to a certain timeframe, after which the tenant has the option to commence paying regular rent or terminate the lease.

From a landlord’s perspective, the best way to guard against the risks of a co-tenancy clause is to be as specific as possible about co-tenancy conditions and to provide a timeframe to fill vacancies before you are obligated to provide relief.

Co-tenancy clauses are usually upheld in court, so they are a crucial part of the commercial lease negotiation process. The best situation that works for both parties is an agreement that gives landlords adequate time to fill any vacant retail space while also providing relief to tenants who suffer from reduced store traffic.

Co-tenancy clauses can have runaway effects, so landlords might think to avoid them altogether. However, modern retail ecosystems are interconnected, so co-tenancy clauses will likely be unavoidable to attract potential tenants. There are steps landlords can take to mitigate risks associated with these kinds of clauses, though. These steps must be clearly articulated in the language of any commercial lease. 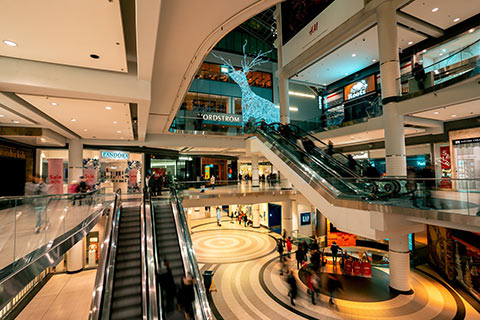